Years ago I struggled with a product molded in nylon, and though we received it in 25 kilo bags, closer inspection revealed that almost 25% of the bags had been punctured and re-taped upstream by either the shippers or our own material handlers. As you know, it doesn't take much exposure to moisture for this material to get too "wet" to process. I dried everything, even right from the bag. Punctured bags received from our supplier were rejected and returned. Also, it was a requirement to load the whole bag into a dryer. No open bags were ever saved. And at the end of a run any remaining material was discarded if it remained in the dryer more than 4 hours after stopping the press. "Overcooking" this resin will degrade it rapidly.
Tags: Injection Molding 101 , Injection Molding Process

How to define the viscosity curve of injection molding?

1) Set the melt temperature in middle of range a described by manufacture.
2) Set all the holding phase parameter to zero. This means only injection no holding.
3) Set the Injection pressure to maximum to available.
4) Set the cooling time sufficient to ejection.
5 Set injection speed slow, and make sure component should be short only 50% filled, if not adjust the material position. 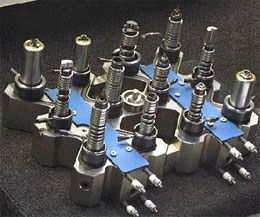 A hot runner injection mold is a mold in which plastic resin in the manifold plates is kept at the melt temperature during injection molding process. Compare with traditional injection mold, hot runner mold does not have runner channel, so the hot runner system is also called runnerless molding system. Actually, the hot nozzle system is an extension of the nozzle and work as a distributor for melt to each cavity.

Hot runner injection mold does not have to wait the runner to cool down, it shorten injection cycle time significantly, many hot runner mold can mold thin-wall parts at 5 seconds or less per cycle.

The sprue and runner system is the conduit that connects the machine nozzle to the cavities. During the injection phase of the molding cycle, the molten material flows through the sprue and runner to the cavities. The sprue connects the machine nozzle to the runner and may be either a cold or a hot-sprue. In the hot sprue design, the sprue has heating elements that maintain the plastic in a molten state eliminating the need for separation and reclamation. Ideally, the sprue should be as short as possible to minimize the pressure loss during injection. A cold sprue is tapered for easy release from the injection mold. There are three basic runner types in use:

Gate with small cross-sectional area, often increases melt shear rate, because of the heat created by shearing action, the apparent viscosity of melt will decline significantly and there may be more benefits to filling process than a large section area gate.

During each injection molding cycle, molded parts need to be released from the cavity by ejection system, it is also called de-molding system, design of ejection system affect product quality and production efficiency.

See below figure, a complete mold ejection system include: 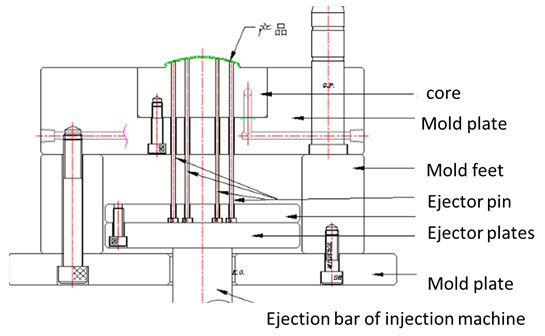 The air trapped in the mold cavity must be able to escape during injection molding process, if the vents are insufficient, the air will be compressed in the cavity, the pressure and temperature will rise quickly, potentially causing incomplete filling or even burning of the plastic. 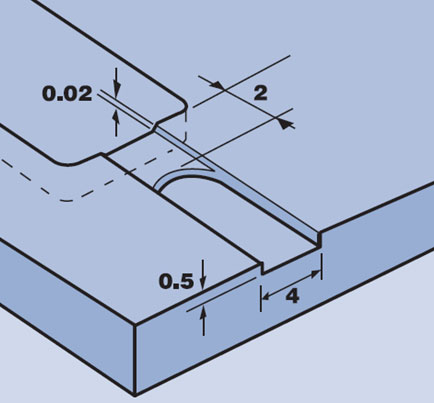 The number of vents if often limited by mold construction economics but ideally should be taken into consideration during mold design, in general the higher the viscosity of a material the lager the vents dimensions. As with gates vents should be cut "steel safe". Start at the minimum dimension and open the vent up gradually until the optimum molding is achieved. Too small and the vent will clog up and reduce or eliminate the ability to expel air from the mold cavity; too large and flash may be seen on the moldings.

What is Mould Shrinkage?

Mould shrinkage can be manipulated by nearly all process variations- melt temps, cooling temps, in. pressures and hold pressures, injection speeds and so on, as well as gate location and part geometry. All materials have a specific shrinkage rate range that provides a guideline to use that is based upon "best moulding practice'. The further you deviate from specified parameters, the further you will deviate in a normal shrinkage of the part. If you skirt the boundaries or exceed the boundaries of the material specification, the less likely you are to achieve a statistically reliable part. No one has more understanding of this than the material supplier technical group. So if looking for a more comprehensive understanding base upon a specific resin and a specific part, a comprehensive and complete mould flow analysis based upon the part and mould with runner and cooling will give you the best indication...... Which MF program is best--- is up for debate and needs to be analyzed and quantified against actual real life results...... So far, I've never seen such an independent analysis.
Tags: Injection Molding 101

It's  very necessary to do verification on your design before rushing into mold making for mass production. Experiences told it would cost a lot and waste much more time to do modification on design and on mold afterwards. So during product development, we need to employed laser rapid prototyping frequently.

Rapid Prototyping (RP) is a quick and economical way to make the sample according to your design, with the sample, you are able to do assembly, appearance, function checking, detect the failures and prevent it from happening. There are many different ways to do rapid prototyping.

The injection molding is a process to form the plastic resin into the desired shape. Injection molding machine press the melted plastic into the mold, and cool down by cooling system into solid designed shape, almost all thermoplastics using this method, comparing with other processing way, injection molding has advantage of accuracy, productivity, it has higher requirement for equipment and mold cost, so it is mainly for high-volume production of molded parts.

What’s the definition of a Quality Mold Tool?

A QUALITY mold tool would be capable of producing a part that meets all of the customers' requirements. As to the GRADE of tool which meets certain BUILD/TOOLING SPECIFICATIONS, i e; Prototype, Limited Production, High Capacity, the customer needs to define the overall requirements for projected capacity and also the molding & tooling cost that will be considered for a specific project. Aside from the GRADE of tool, there is also a COMPLEXITY factor which has a profound effect on tooling cost and required maintenance (spare parts) during production. The MATERIAL selection for the molded part will also have bearing on the tool design and must be considered for process control and wear factors (tool life).